I often find myself siding with the conspirators.

Emissions are down 25% say some leading studies into the impacts of climate change.

And just within the last 30 days. Plastic waste is up, but most air traffic has been grounded, car traffic is coming to a screeching halt, and oil is now worthless which will make renewable energy an absolute necessity. Meat and dairy which account for over 70% of all emissions and probably even waste, are now in question and could be conceivably abolished by law.

Is this not the best case scenario for the planet?

Let’s say for a second that there is a global conspiracy of Trillionaires and Billionaires who control the planet and pretty much always have behind the scenes.

Do you really think that the needs of reduced waste and emissions could be met by so-called Democratic processes?

So, if ‘Democracy’ isn’t going to save us in time, (which come on, our makeshift failed systems can’t do anything right), then what will?

Nevermind that the rich have made sure this has been the case – If you were Bill Gates, or the Rockefeller Foundation, wouldn’t you at least begin to think about taking matters into your own hands?

The time to act is now and fuck Democracy, I agree, we need swift global authoritarian action.

What better way to stop the end of the world than to release a virus that has minimal casualties but stops the wasteful economies of the entire planet?

It’s perfect. Notice how the numbers to this virus are so low? Anthony Fauci himself backed a New England Journal of Medicine peer reviewed article that put the actual numbers of the Covid-19 virus somewhere far under a 1% death rate. And even said it was on par with the normal flu. Yet, in public he declares the exact opposite. A study on Santa Clara sample population concluded a 0.14% death rate and a recent Denmark study said something very similar: a 0.16% death rate. Today, I saw a Los Angeles study stating even lower a death rate.

Yet we have a global lockdown.

Don’t worry about money, it’s actually fake, the dollar has been floated since Nixon, the rich can just keep printing it while controlling hyper inflation which is a myth anyway. What do you think the Federal Reserve is?

Don’t worry about resources, the rich have been lying to us ever since, and hence all our paid off institutions have too—the whole world’s population can be fed 15 times over, simply by eating plants.

So what’s actually going to happen?

If the controlled opposition of Trump and others like Alex Jones are successful, the virus will certainly come back in order to further social distancing enforcement which will become drone based. The conspirators secretly want people to resume normal life again this year, to re-infect everyone with a second wave. After this, more fake numbers will be made up to coincide with flu season in the winter, making this unbearable.

Complete socialization under a possible universal income will take over. The homeless and other expendables will be silently siphoned off to FEMA camps, along with any hapless dissenters. Once it gets bad enough, and probably as the second lockdown commences, next year ID2020 under Gates, will rollout micro-chipping and mass vaccinations for anybody who wants to return to normal life.

Authoritarianism as seen in China will begin to infiltrate all American and Western European life. What will be done to extend the lockdown past 2022 remains to me to be known. However, the goal of saving the planet (for the rich) and in the meantime producing totalitarianism for the western world, will remain.

Life as we knew it, isn’t going back to normal. The planet cannot afford it.

“Remember Neo, if you are not one of us, you are one of them.”

Morpheus here points out that if you are a part of the Matrix, you will fight to protect your own cage.

Thus, he explains what is a sheer difference in which one outside the sleep vacuum, must oppose and consider those inside as enemies, no matter how kind or fair as people they might be:

“That makes them our enemies, Neo.”

Notice how un-moderate and radically un-ambiguous Morpheus is about this.

“It is the world pulled over your eyes,” …the safety you don’t know is a cage.

This is the essence of conservatism, and its more aptly described root: status-quo-ism. – Which is equally left as it is right. That is why moderate ‘leftists’ invariably become the more conservtive version: liberals, and then liberals always become actual conservatives in the end.

It is because the root of the original idea logically leads us back to its original premise, no matter what steps are taken apart from it; unless we take a radical shift away from that source.

In this case, the originating idea is Conservatism, the defining philosophy of the U.S. in its entire history, ruled by Robber Barons to this day.

Virtually everybody would trade an amount of their freedom for security. At least in the United States.

Not me. Not those who matter.

But most. Vast majority.

Not many people can live on edge or even with the faintest threat to their own safety.

“If you’re bored with your life, risk it.”

END_OF_DOCUMENT_TOKEN_TO_BE_REPLACED 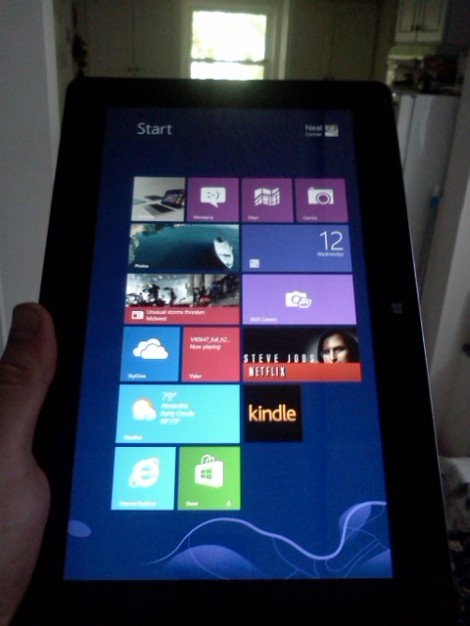 Surface revolutionizes the Touch interface for the very first time.

I always thought the iPad was great; for revolutionizing the design and the hardware…But Surface is something we imagined should have been in 2001. It is finally and officially the future.

It takes mulitasking to a newer literal level in the sense that it harnesses slates of space in the way Lion had wanted to grasp at but lacked the timing and further innovativeness. END_OF_DOCUMENT_TOKEN_TO_BE_REPLACED

“…Doris had been the first. The remains of her body churned in a state of suspension as The Gentleman had emptied the blood and changed the soap at different intervals. This was so that the body would go through decomposition at different stages.

The dark otherwise empty room was lined on either side with moving bodies in the metallic yellow and blue of twelve industrial washing machines. In front of each of the spinning engines of the machines was a nice neat set of clothes and shoes along with all the other personal things on their person. A book, a Light-Board, a deck of cards, notes, and a tiny micro world of their life was laid out before the churning of their bodies, as if respectively, each of them had merely stepped into a hot bath…” 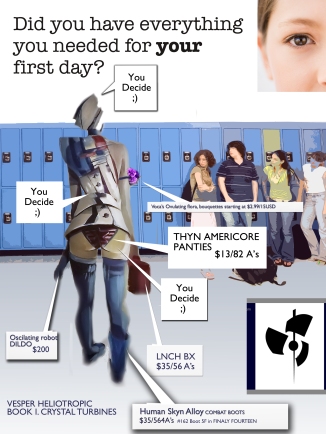 “The left was for girls…

The All-New issue of the best Teen Girl of 2086, rated high on the Mag-Hag-Rag, ran…

“Fear the ‘Can We Just Be Friends’ Speech? 4 Surefire Ways You Can Wind Up Keeping Him.”

“How to Manage His Feelings When He Will Not.” 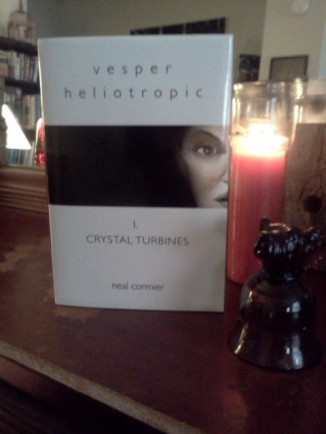 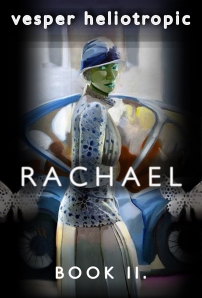 “The chanting hum of many large air-conditioning units permeated the streets and lawns of Crescent Village.”